You are here: Home / How-to / Why is my iPad or iPhone screen black or blank? How to fix it!

You try unlocking your iPhone or iPad, and without warning or notice, the screen goes and STAYS black or blank. A text or call comes in, and you hear its notification sound, but you don’t see anything on your screen! So you know your iPad or iPhone screen is blank, but your device is on!

Maybe you rest your phone for a while and try to ignore it. After about an hour or so, with crossed fingers, you try again.  But no luck, the black screen continues.  The iPhone looks like it’s on and you see a faintly illuminated grid; you’re just not seeing any icons, lock screens, zilch, nada!

Help! My iPhone is on but the screen is black!

Several readers report that their iPhone or iPad screen turns into an “illuminated” black color or that they see a blank screen even while the device is on and working.

When the screen goes black or blank, your device’s audio may keep playing, and even let you use Siri or interact with the screen through guesswork!

Some users also report that this problem started after their most recent iOS update.

Why is my iPad or iPhone screen black or blank?

If you don’t see anything on your iPad’s, iPod’s, or iPhone’s screen but you continue to hear that the device works (like vibrates, rings and makes other sounds,) it usually points to a hardware problem.

Often it’s problems with the screen itself or the cable that connects to the screen.

However, it’s always possible that there is a software or iOS issue in play, so let’s first take a look at these settings to see if we can fix it ourselves, for free!

My iPhone screen is black! What to do when your iPad’s or iPhone’s screen turns black

Ask Siri to turn up the brightness

So if you can interact with Siri, try asking her to turn up the screen brightness to the maximum.

See if that makes a difference. If not, keep reading! 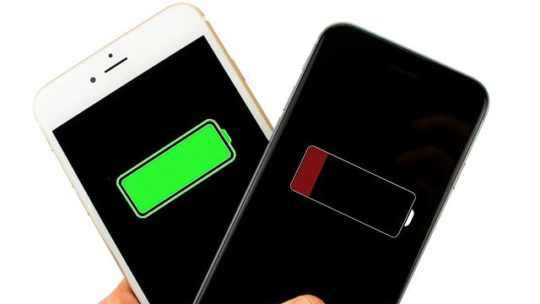 Restart your iPhone, iPad, or iPod

If you see the Apple logo on your device’s screen, it’s likely the problem was software-related!

Use your device and see if it performs normally.

If you see the Apple logo, it’s unlikely the problem is hardware-related but rather was a software issue.

Use your device as you normally would and see if the problem resolved.

Check your temperature for blank or black screen problems 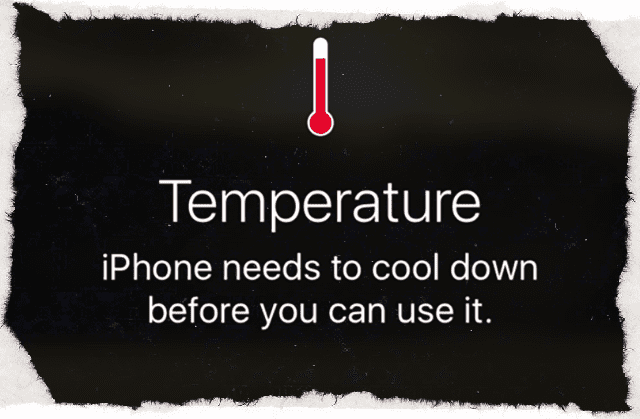 If the solutions listed above don’t work, it could be that your iDevice’s display cable has come loose or partially separated from its connector.

If the iPhone, iPod, or iPad is still under Applecare, make an appointment with a genius and take it for inspection.

If your device is not still under warranty, some folks report success with “burping” their devices

iTunes not recognizing your device?

If iTunes does not see your device, try DFU mode.

DFU Mode (Device Firmware Update) allows iTunes to communicate with your iDevice, without it loading iOS and booting up.

A DFU restore completely erases your iDevice and then installs a fresh copy of the latest iOS and firmware onto your device. It’s like starting from scratch!

So if you are considering a DFU restore, make sure you have a backup available or move ahead with the knowledge that your device is completely erased.

No time? Check out our video! 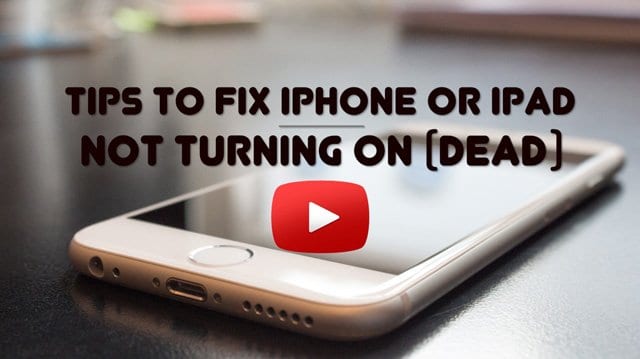 If none of the steps above worked for your device, it’s likely that your iPhone’s or other iDevice’s hardware has a problem, typically with the screen’s display connector or cable. You likely need Apple to perform an iPad or iPhone screen repair.

For most, hardware problems mean a trip to your local or online Apple Support Team or a regional Apple Certified Repair Center. 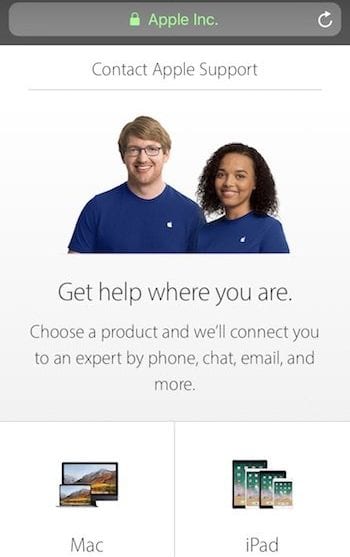 Contact Apple Support to set up service if you have any of these issues:

Why use Apple Support or Apple certified repair shops?

If your iPhone, iPad, or iPod is under warranty, it only makes sense to have Apple or its authorized shops repair it! Apple requires that all repairs covered under Apple’s warranty must be performed by Apple-certified technicians.

And usually, repairs made under an active Apple Care+ plan are cheaper than those done elsewhere.

Plus, when Apple repairs your device, the remaining warranty still applies.

If Apple suspects or has evidence that your device was repaired at a non-approved shop, your warranty is automatically voided.

To find out if your device is still covered by Apple’s warranty, use this tool and enter your device’s serial number.

Usually, you fix blank or black screens on iPhones, iPads, and other iDevices by following the recommended steps above.

We’ve found that you solve most of these problems by performing a hard restart by holding the sleep/wake button and home button or volume up/down buttons (depending on iPhone model) together for at least ten seconds AND ignore the red slider.

But just in case this happens again, remember to back up your iPhone or another iDevice, so you never EVER lose precious data.

Preferably you backup following our 2X2 rule (2 cloud and 2 local backups.)  It might feel like overkill but better safe than sorry!