You are here: Home / How-to / What Can I Do When Siri Is Not Working? Troubleshooting Siri

I use Siri all the time to search for directions, the latest news, text or call my family and friends, and a bunch of other things! So when Siri’s not working, it’s a real problem for my day-to-day living.

After recently upgrading my iPhone to a iPhone 11 Pro and spending a lot of time setting Siri up and training her, the next day I discovered that Siri wasn’t working at all!

So what’s up with Siri?

I know I’m not alone. Several of our readers let us know that Siri does not always work on their iPhones and other devices.

Some of these Siri problems start happening on their own out of the blue while others experience problems after an iOS upgrade on their device.

If Siri is not working on your iPhone, follow the steps below and give it a try.

Follow These Quick Tips To Fix Siri Not Working

Is Siri Telling You To Try Again?

It is important to note that 90% of Siri’s magic happens in the Apple Servers and not your local device. 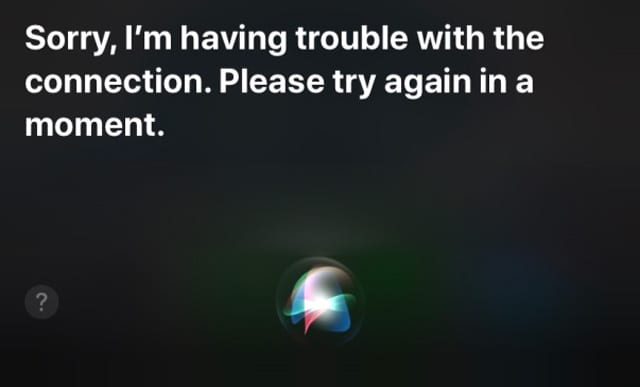 If Siri says something like sorry, I’m having trouble connecting to the network or try again in a little while, your device’s internet connection might be the reason!

It is, therefore, vital that you have a reliable WiFi or cellular signal when trying to get Siri working on your iPhone.

Currently, there is no offline mode for Siri.

Siri works by sending data to Apple’s Servers. Your device and Apple Servers convert your audio into text–this is what we call speech recognition.

Then the Servers analyze that text for intent–this is called Natural Language Processing. Once it determines the intent, those servers then send the results back to your iPhone.

Yeah, it’s complicated! And amazing that all this information exchange takes place almost instantaneously (for us!)

If your internet connection is fine and works with other apps, it’s possible that the problem is on Apple’s side of the fence.

Go to Apple System Status Site and take a look if there are any reported issues with Siri and Spotlight Suggestions.

Any service with a problem shows the yellow yield-like icon. Tap the issue to see details and any updates.

Is Siri Not Showing Up on Lock Screen?

It’s usually a setting that’s not turned on, often caused by a recent iOS update.

First, check Settings > Face ID (or Touch ID) & Passcode and scroll down to ‘Allow Access When Locked’ and make sure ‘Siri’ is enabled. 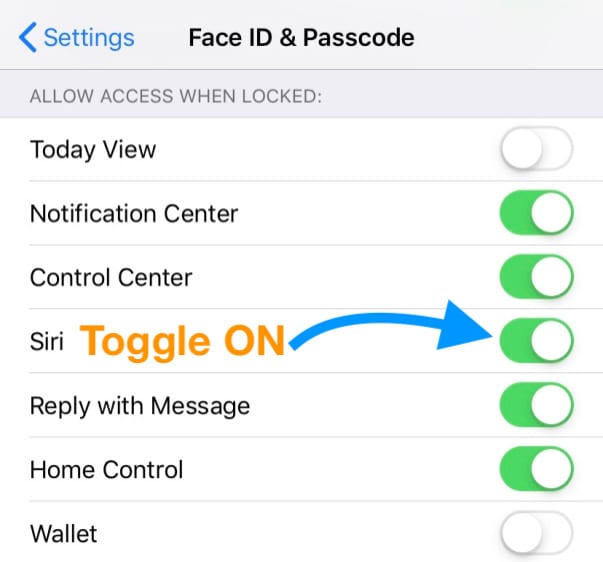 Another way to turn this feature on is to go to Settings > Siri & Search > and toggle ON Allow Siri When Locked.

If it doesn’t work immediately, restart your device and try again. 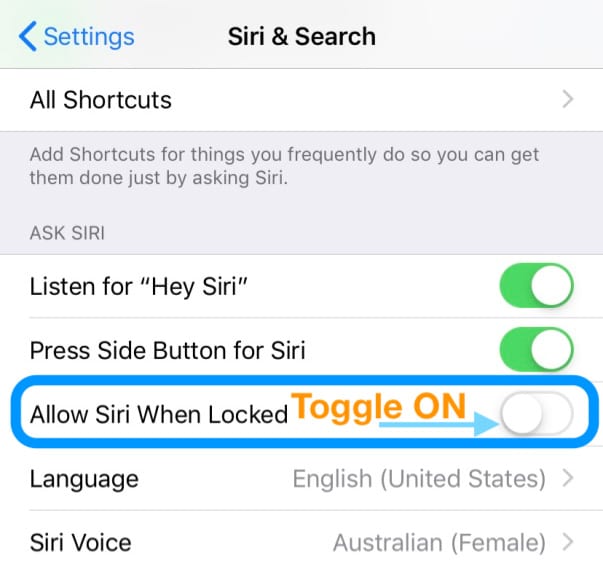 For iOS 10 and below, go to Settings > Siri > and toggle on Access When Locked.

Is Hey, Siri Not Working? 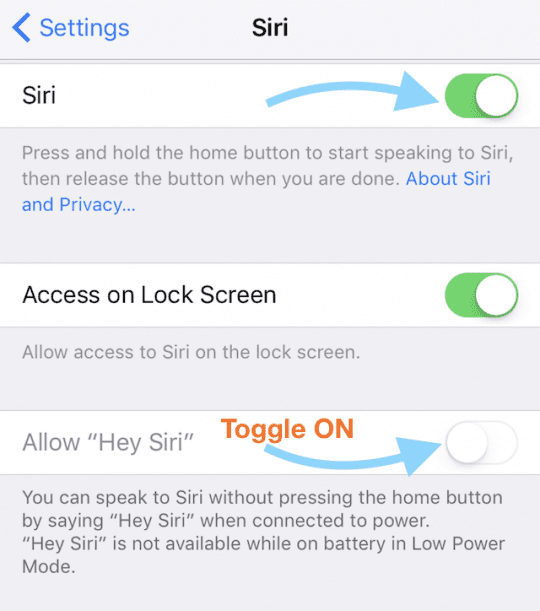 Verify that Hey Siri is Enabled

Next, Make sure that your device is face-up

Hey, Siri not working on your AirPods?

Clear and Clean Your Microphones and Speakers

Make sure your mics and speakers are clean and not covered.

Dirt, lint, dust, and more can get into your microphones or speakers, so it’s a good idea to inspect these.

If you see something, use an interdental brush, super soft toothbrush, hearing aid cleaning kits, or a specialized port cleaning tool and clear away that debris.

When using compressed air, make sure you hold it at least 12 inches away from the port as any closer could make the problem worse by pushing it further inside your device!

Sometimes, cases cover microphones/speakers, especially if you’re not using the correct case for your model iPhone or iPad.

If you suspect the problem is with your iPhone’s or iPad’s speakers, check out this article for help.

Sometimes, all it takes is a refresh of your network to get Siri up and running.

Before you reset your networks, make sure you have the passcodes to re-enter

Turn off Type to Siri

It’s possible that Type to Siri is causing problems with interacting with Siri, so let’s see if toggling it off helps.

Additionally, if you have Low Power Mode turned on, Apple disables Hey Siri for power-saving purposes. 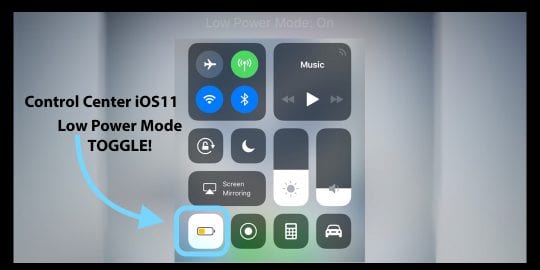 How To Get Siri To Work Again 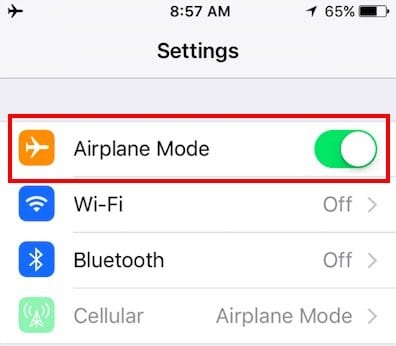 A reader shared this tip! Change Siri’s language temporarily, then change it back

How To Modify Siri’s language

Check For Any Restrictions on Siri

If you can’t turn on Siri on your iDevice, make sure that you haven’t disabled Siri in Restrictions.

For more information on disabling Siri in iOS 11 and above, see this article

Turn Off Your VPN

If you use a VPN, some end up blocking Siri and your device’s access to Apple Servers.

In particular, people report seeing the error message ‘Connection not available’ when trying to access Siri on their cellular connection.

If you are having this issue, look at your VPN settings. 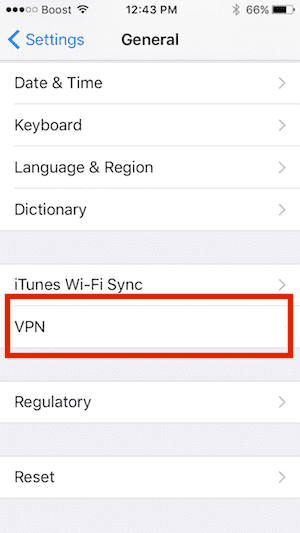 If you have a VPN that you no longer use or need, delete the VPN profile in your iPhone settings by tapping on Settings > General > VPN.

Once you remove the VPN Profile, give it a try.

New versions of iOS often do not seem to work with some of the older VPN installs on your iPhone.

Reset All Your Settings

If nothing’s helping thus far, let’s try and reset your device’s personalized settings and return them to Apple’s defaults.

When you choose to reset all settings, you’re erasing all of your iDevice’s saved settings (things like wallpapers, accessibility settings, brightness & display settings) and returning them to factory defaults.

To Reset All iPhone Settings

A reader noticed that Siri’s volume is independent of your device’s set volume.

While Siri is answering a question push the volume button to increase volume! Instant sound!!!

Before anything, try a forced restart–see instructions above.

Siri Working on Cellular Data Only?

Several users have found that their Siri on their mobile device works only when connected to their WiFi but does not operate when they are on a cellular connection away from their home or office.

This problem is usually caused by their VPN.

Delete or disable your VPN and see if it makes a difference.

Is Siri Cutting You Off Mid-Sentence?

One recent iOS problem is that it seems that Siri literally cuts you off before you finish the command!

Things have gotten so bad that when you start asking or typing in a search for “why does Siri…” the auto-complete suggestion is “…cut me off!”

Here’s how we got Siri to stop interrupting and listen to everything we say!

If it’s still a problem, try the following suggestions.

Make sure that you’re holding your side or home button for the entire time that you’re asking Siri a question.

As expected, once you release the button, Siri starts replying to you or perform the necessary action.

Another simple fix for Siri acting weird is to turn the functionality on and then off. 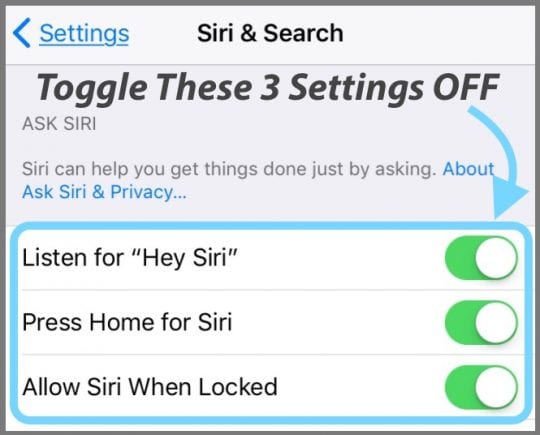 READ MORE: Can’t Turn Off Siri in iOS 11+? It’s easier than you think 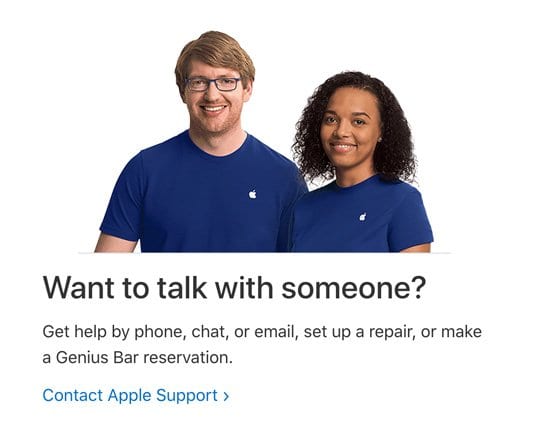 If all else fails then make an appointment at the Apple Genius Bar for service.

When navigating Apple’s Product Feedback page, you’ll find there is no option for Siri.

Instead,  select your iPhone or whatever device has the Siri problem and then fill out the appropriate form.

We hope that the tips and resources provided above worked for you and you can get your Siri working on your device again. Please let us know in the comments if there are other issues that you are facing with Siri.

And be sure to let us know if you have found another fix that isn’t mentioned here!